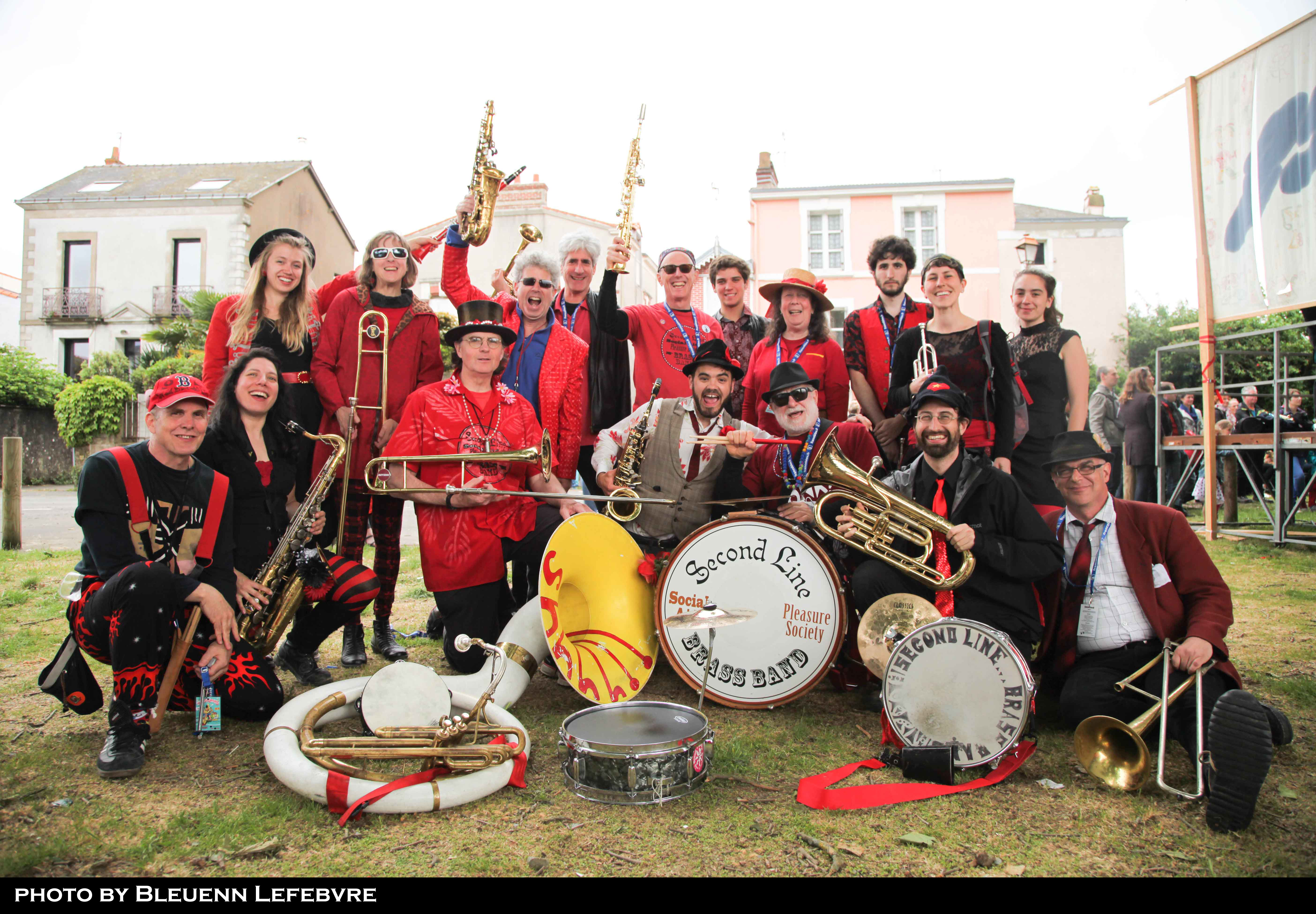 You’ve probably heard of Honk, a music festival for activist street bands, started by the Second Line Social Aid and Pleasure Society Brass Band. It now has copycat versions in New York, Seattle, Texas, Australia and Brazil.  Over 25 bands played at the 2016 festival in Somerville, Massachusetts bringing together hundreds of musicians and several thousand fans. In this time of angry protests, these musicians are more popular than ever – playing at marches and rallies. Reporter Sukanya Charuchandra visits the musical activists behind Honk, founded in Somerville more than a decade ago.

Sukanya Charuchandra: At least 50 musicians parade down Main Street in Cambridge on a sunny but chilly afternoon, playing brass instruments and drums. The two year old School of Honk grew out of the music festival Honk. The members of the school play every Sunday, stirring up the community, attracting a cop or two but mostly spreading cheer.

Kevin Leppmann: I think we need to look for ways, certainly to get people dancing more and marching less, playing more and talking less.

Sukanya Charuchandra: Kevin Leppmann, a trombone player, is the executive director of the School of Honk, a community music school.

Kevin Leppmann: Americans don’t have any idea how much fun they could have protesting.

Sukanya Charuchandra: Leppmann says the school doesn’t actively participate in protests but its members play in a number of activist bands from the area.

Kevin Leppmann: The cause of making music together as a neighborhood, as a community, is not just a fundamental right but it’s a cause worth celebrating itself.

Sukanya Charuchandra:  When I visited the school, I couldn’t stop grinning as everyone between the ages of four and seventy-four made music together. The experienced musicians mentor newcomers. Leppmann tells me that I can pick up a trombone and join in a session at the school.

Sukanya Charuchandra: Leppmann remembers a protest march in Montreal a few years ago, where people looked from their windows, banging pots and pans in time to the beat of the brass band music going by.

Paul Gregory: We can add a color to the situation that makes the voices somewhat louder.

Sukanya Charuchandra: Paul Gregory, a drummer, is a founding member of the School of Honk. He also plays with the Second Line Social Aid and Pleasure Society Brass Band, the group that founded the Honk festival.

Paul Gregory: You’re walking along, you’re just playing and you look behind and there are 30 or 40 people behind you.

Sukanya Charuchandra: Gregory says that when things are going well at a protest, the band leads the people. In New Orleans, these following crowds are called the second line. It’s almost right out of the Pied Piper.

Reebee Garofalo: The marching band is good for the spirit because it combines my interest in music and politics.

Sukanya Charuchandra: The band started with 12 musicians who protested together in anti-war rallies in the build up to Iraq’s invasion. Now, 30 strong they play at demonstrations, rallies, and fundraisers for free.

Reebee Garofalo: You know, when I can combine those two things into a single project that makes me feel very good. And this year we’re doing that a lot.

Sukanya Charuchandra: There are many protests that concern Second Line like the marches for women, science and climate. Garofalo believes putting chants and music together bumps things up a notch.

Reebee Garofalo: I think music reaches you on many more levels than just talking heads. And you can dance to it.

Mary Curtin: One time we were going by a funeral which was kind of interesting. It ended up that we were disturbing the peace but everybody got into it so it was fun.

Sukanya Charuchandra: Mary Curtin, a saxophone player, is a member of the Dirty Water Brass Band based in Boston that also plays at the Honk festival.

Mary Curtin: So, I think causes can be huge like the ones that are taking place now, most of them in reaction to the new president and his policies but causes can be small but not insignificant.

Sukanya Charuchandra: One example of a small cause Curtin mentions is wandering out after a practice and playing on the streets of Boston to garner funds for homeless people.

Mary Curtin: There is something to be said with a bunch of musicians coming down the street, no can deny that it’s a phenomena, it’s cool. And if it engages in an activity that needs to be paid attention to, even more powerful.

Sukanya Charuchandra: Second Line is now incorporating chants into the music they play. With the recent spate of protests, spontaneous and planned opportunities to play are everywhere. Music alone can’t solve all the problems we face today. But it can get people off their couches, into the streets, provide respite to protesters and maybe even, help people get along. For BU News Service this is Sukanya Charuchandra reporting from Boston.